Blog - Latest News
You are here: Home / English / The Effects of Cultural Differences on Global Business

More businesses are entering the global market. It is vital for businesses to understand that cultural differences can affect how they perform in the local markets they are targeting. One of the first things to consider is communication because bridging the language gap is extremely important in business talks.

Building trust is another challenge for businesses. The concept may be relationship-based or task-based. When doing business in China, for example, one of the ways to build good relationships involves spending time together at the dining table (drinking and eating). It is akin to building a strong network where gaining trust opens a path to success as cultural differences are set aside. The Chinese call this type of relationship ‘guanxi.’ In the United States, however, people tend not to have drinks with potential business partners often, unless necessary, so they can avoid embarrassing situations.

Accepting cultural differences provides you with a wide range of business expertise and gives you novel business insights to overcome business-related problems. It’s your way to cope with potential barriers regarding international business and culture.

It is vital for a global company to understand that there is a difference in the definition of culture per se and culture in relation to the context of international business. Culture is typically defined as a group of common and accepted standards shared by a specific society. When you put it in international business context, what one society considers as professional may be different for another foreign society.

You have to understand that cultural differences affect global business in three primary areas – organizational hierarchy, etiquette, and communication. Understanding them and recognizing their effects on your business will prevent you from creating misunderstandings with foreign clients and colleagues.

Effective communication is vital to business success, whether you are a start-up or a big corporation. Although it is common to hear that English is the language of business, do not ever assume that you will be able to come across your foreign counterparts by using or speaking English.

When you venture into the international business arena, one way of bridging the cultural differences is through language. Understand the language your target market speaks and know how you use it to convey your message. In India for example, business professionals typically communicate in nuanced and indirect ways. This is opposite to the Finns who tend to be direct and brief in their communication.

Gestures that are commonplace in your own country, like kissing people you meet on the cheek, making eye to eye contact and shaking hands firmly, may be taken as offensive or unusual by your foreign clients or business partners. As many business coaches will tell you, it is critical for you to remember the proper professional interactions when dealing with different cultures. Doing research on accepted and proper business etiquette is important. In some cases, you need to be extra observant of body language and at times, it is better to ask than commit a cultural faux pas.

When you are working for a multinational company, you are likely to encounter many differences, which prompt you to learn international business etiquette.

Put high importance on the formality of address when dealing with foreign business partners and colleagues. In some cultures, it is all right to address a person you’ve recently met by their first name, while in other countries, they would rather that you address them by their surname or their title. Canadians and Americans often use first names, even when dealing with new acquaintances. But in many Asian countries, such as Singapore, China and South Korea, you should always address a person formally by adding Mr. or Ms. before their surname. If you are in doubt, use the formal way of address.

Punctuality is something that is relative. When you deal with business partners, clients or colleagues from the United States, South Korea, Japan and Russia, you are expected to be on time. In Germany, you are even expected to be at least 10 minutes early for your appointment. In Greece, they expect foreigners to arrive on time but just like in Russia, you may expect your counterpart to arrive slightly late. Brazil is ambivalent. They could either be late by a few or several minutes unless you indicate that they follow the English time, meaning they should arrive at the agreed time.

In Malaysia, expect to wait up to an hour if your counterpart will be about five minutes late. They are not required to give an explanation, either. In China, it is acceptable to be at least 10 minutes late while in Mexico, it is quite normal for people to be late by 30 minutes for a business meeting. When doing business in Nigeria or Ghana, the appointed hour for the meeting may be one hour late or within the day. In Morocco, personal meetings could be delayed by an hour and in some cases, a day. When scheduling meetings in India, understand that being punctual is not one of their ways.

Cultural norms dictate how attitudes towards management and organizational hierarchy are perceived. In some cultures, junior staff and people in middle management may or may not be allowed to speak up during meetings. In some countries, it is difficult to question decisions by senior officers or express opinions that are different from the rest.

Attitudes are dependent on social equality or the societal values of a country. In some countries such as Japan and South Korea where respect for elders and people in positions of authority is deeply ingrained in the members of society, the concept is applied to the workplace as well. It helps in defining responsibilities and roles in the company and those holding positions in senior management expect deference from junior staff and a higher level of formality and respect.

However, the situation is different in Scandinavian countries. In Norway for example, societal equality is emphasized so the organizational hierarchy tends to be flat. The workplace environment calls for cooperation across all departments and informal communication is prevalent.

Negotiation is a principal component of international business. Culture influences the way people behave, communicate and think. These characteristics are reflected in the way they negotiate. It is crucial for businesses to understand cultural differences during business transactions and find ways to hurdle the barriers these differences present.

Spanish speakers view negotiation as the means to have a contract, while in some Asian countries, negotiations are taken as the way to build stronger and firmer business relationships. The Japanese regard negotiation as a win-win process while the Spanish look at it as a win-lose process.

The way one communicates during negotiations should be carefully considered. Israelis and Americas are very direct, so you immediately know if the transaction is approved or not. The Japanese, however, tend to be indirect. You have to read and carefully interpret vague signs to know if they rejected or accepted your proposal.

Some cultures are very emotional like the Latin Americans. Most Asians, on the other hand, have a tendency to suppress their emotions and keep things formal.

Even the way different cultures handle contracts vary. Americans like to have every detail included in the contract because they want to anticipate possible eventualities and circumstances. The deal equates to a contract, therefore everything that was discussed and accepted during the negotiation should be specified in the contract. The Chinese, on the other hand, prefer a contract to have the general principles only, because for them, sealing a deal means forming a relationship with the business partner.

Remain competitive and successful in the global market

Cultural differences are sensitive issues and those who take the time to address these differences will have a better chance of remaining competitive and successful in the international business environment.

Our translators live in-country, thus they have insider knowledge of specific cultures. They are also native speakers, assuring you that every nuance of the language is properly incorporated in the localization process. We share our wide experience and long-term expertise in translation and localization to ensure that your business can truly respond to the needs of your target markets. For your translation and localization requirements, you can send us an email at Contact us or call us at 1-800-969-6853 anytime night or day. We are open 24 hours a day, every day of the year, to quickly respond to your linguistic needs. 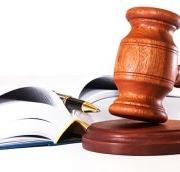 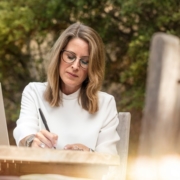 How language problems bedevil the response to crises

Think you’ve heard it all? Dealing with translators