The translation departments of ProMosaik GROUP, ProMosaik Translation, The Quality Translator, MBC, Menuuno and Workshop MT translate for you into Dutch and from Dutch into all and from all European and world languages. Our focus in translation is on technology, law, marketing, cultural studies, patents, literature, social sciences, and medicine.

ProMosaik Interlanguage offers online language courses to promote intercultural dialogue between the Netherlands and other countries around the world.

Dutch is a West Germanic language spoken by around 24 million native speakers worldwide.

The Dutch language area includes the Netherlands, Belgium, Suriname, Aruba, Sint Maarten and Curaçao. Dutch is also spoken by minorities in some European countries such as Germany and France. The language Afrikaans developed from Dutch. Dutch and Afrikaans are mutually intelligible. Afrikaans is spoken by 15 million people in South Africa and Namibia. Dutch is the sixth most common official and working language of the EU and one of the four official languages of the Union of South American Nations (UNASUR).

ProMosaik Children offers the translation of fairy tales and fables into European languages in order to promote intercultural dialogue and stands for linguistic and cultural diversity.

ProMosaik LAPH offers the free publication of books about the Netherlands as well as works and research papers written by Dutch-speaking authors and researchers. ProMosaik Poetry overcomes language barriers by translating poetry.

ProMosaik also offers 8-week internships in the field of translation for human rights and alternative journalism.

In the Netherlands, ProMosaik focuses on two main themes: the promotion of cultural exchange and dialogue and the publication of literature and poetry.

We look forward to welcoming you!

Write to us, call our head office in Istanbul, or contact us via Skype, WhatsApp or Telegram.

You can also find ProMosaik on social media.

Apply as a translator or author to become part of our team! Send us your cooperation request!

The coordinator of ProMosaik Netherlands is looking forward to hearing from you! Thank you so much! 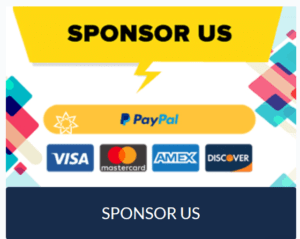