Blog - Latest News
You are here: Home / English / “Always distance yourself from the original text”
Considered one of the most renowned and experienced literary translators in the business, Nabil Al Haffar has received numerous awards for his work. He began translating from German into Arabic in 1974. Here he discusses his work as a translator and the challenges it presents.

Mr. Al Haffar, what project are you working on at the moment? What drew you to this work?

Nabil Al Haffar: I am currently translating “The Trial”, which is the third work by Franz Kafka that I have translated into Arabic. While most of his major texts already have been translated several times over from English or German into Arabic, there are no translations that do justice to them either linguistically or literarily. Iʹm making an effort to change that. There is a strong demand for Kafkaʹs writing in the Arabic-speaking world and much has also been written about his work, both pro and contra. There have also been many misinterpretations caused by inaccurate or poor translations. Thatʹs the reason for this new project.

How do you approach a translation? And what do you keep next to you on your desk?

Al Haffar: On my desk, I keep a notebook for questions that arise while translating the text, vocabulary and information that I plan to look up, especially in etymological dictionaries or Google images. Kafkaʹs German uses many obsolete words, the meanings of which are not to be found in the new dictionaries. I also note my translations of certain terms, so that I have them ready if they appear again in the text.

I work systematically, eight hours a day, because translation has been my main profession for thirteen years, that is, since I retired from the Higher Institute of Dramatic Arts in Damascus. Before that, I used to translate in my spare time.

What are the particular challenges of literary translation from German into Arabic? 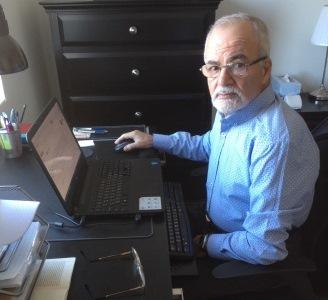 Advice for young translators: “stay away from literal translation. Re-phrase the German sentence until you succeed in creating a clear Arabic sentence. When you are done with your translation, read it through carefully”

Al Haffar: The main challenge of literary translation into Arabic, in my opinion, mainly has to do with the authorʹs subject matter. Patrick Suskindʹs “Perfume”, for example, was that sort of challenge for me. The world of scents was extremely difficult to translate, because of the lack of specialist dictionaries. Another aspect of this challenge was to replicate the precise description of daily life across all the various social classes in 18th century France.

Another example would be Christoph Ransmayrʹs “Cox oder Der Lauf der Zeit”. The challenge of this novel lies in the high style and register of the language, which demands its equivalent in Arabic.

What advice would you give to young translators?

Al Haffar: I would tell young translators: before you start translating, read the German text carefully and also read something about the author, for example, find out about their education and training. Each language has its own structure and idiosyncrasies. But theyʹre not sacred. Stay away from literal translation. Re-phrase the German sentence until you succeed in creating a clear Arabic sentence. When you are done with your translation, read it through carefully before submitting it.

Which reading trends do you observe in the Arab world? Which books need to be translated for the Arabic market?

Al Haffar: In the Arab world people read a lot about the political experiences of countries and individuals, especially memoirs by politicians and famous personalities. History books are, of course, connected to this trend.

In the past twenty years, there has been a significant demand for scientific books, especially among university graduates. Nevertheless, the editions in the various specialised areas of literature remain scarce. Also, the price of books has doubled during this time and many books in print can be easily replaced over the Internet.

During the last decade, the novel has occupied pride of place in the field of literature, followed by the short story. Very rarely does a publisher say yes to a volume of poetry or a play. Theoretical works about literature are almost never an option.

What Arabic title would you recommend to us Europeans?

Al Haffar: I rarely have had the opportunity to get my hands on Arabic books recently, partly because of the war in Syria and also because of my emigration. Therefore, I am unfortunately unable to choose or suggest titles for translation. I read a lot about new publications in the various Arabic magazines on the Internet, but that is not enough to formulate an opinion about them.

Translated from the German by Zaia Alexander

Nabil Al Haffar, born in 1945, studied German literature in Leipzig and earned his doctorate in theatre studies at Humboldt University in Berlin. He taught at the Higher Institute of Dramatic Arts in Damascus, where he later became vice-rector. In 1974, he began translating plays from German into Arabic, including works by Bertold Brecht, Peter Weiss, Heinar Kipphardt and Stefan Heym. He now works exclusively as a literary translator and has received several awards for his translations into Arabic, including the Brothers Grimm Translation Prize (1982); the Goethe-Institut Translation Prize (2010); and the Syrian State Prize for Translation and Theatre (2014)

How to Increase Your Book Sales with Accurate Literary Translations 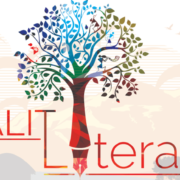 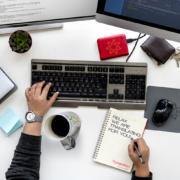